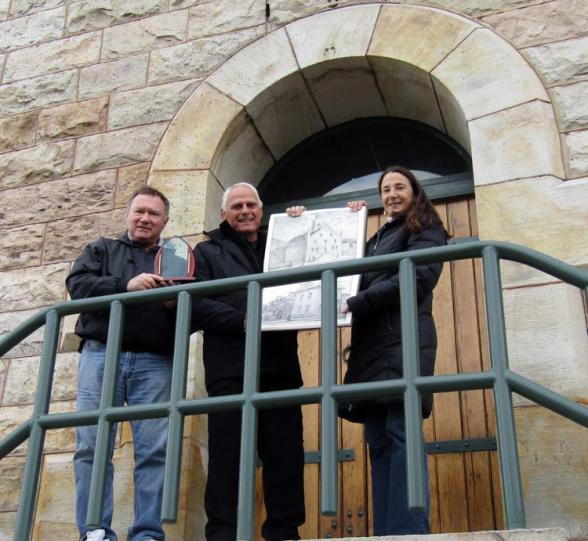 From left is Historical Society

and board member Cathie Hughes.

Clearfield County Historical Society’s Board of Directors on Monday recognized Keith Billotte of Lawrence Township as the recipient of its 2020 Historical Preservation Award *.

Billotte is currently renovating the former Clearfield County Jail in downtown Clearfield into a distillery business.

“Mr. Billotte’s outstanding work of restoring and renovating the former Clearfield County Jail is a great undertaking and is a service to the local community and to Clearfield County. His plan to convert the jail into a distillery business will be a positive addition to the county’s economic climate,” said board President David Wulderk.

The jail was built in the early 1870s. According to a history printed for Clearfield County’s bicentennial in 2014, former Clearfield County Commissioners David Buck and Samuel Shaffner of Clearfield and Samuel H. Hindman of Glen Hope took the first steps toward construction of a new jail building by purchasing property in Clearfield from former Gov. William Bigler.

The cost for the land at the point just above the Nichols Street Bridge between the West Branch of the Susquehanna River and Second Street was $7,000.

The article says no completion date for the structure was given and no dedication service is believed to have been held, but an article in a local newspaper reported in May 1872, the structure was to be completed by the fall.

According to information published, the original building had a wing on each side that were removed at some point. There was also a fence surrounding the property.

Click photos to enlarge with captions, or toggle symbols for blow-ups and slide show. 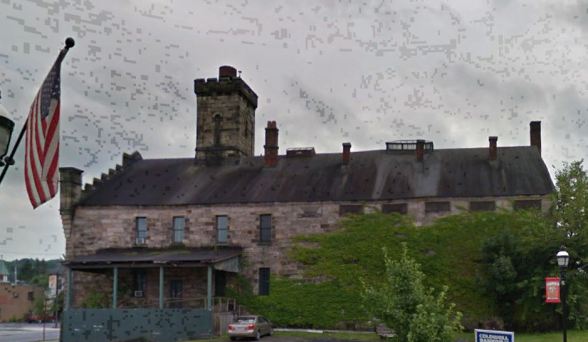 Our Annual Dinner has been suspended this year.  Typically, the Society chooses a person in the county who has put outstanding effort into preserving a building or historical site, and we present that person with our Historic Preservation Award at the dinner.

While we will be unable to honor this year’s recipient with a public presentation at our dinner, we would very much like to recognize Mr. Keith Billotte of Clearfield for his magnificent efforts at renovating and restoring the “Old Clearfield County Jail.”

Mr. Billotte is planning to open a distillery business there.  He has done a marvelous job of preserving the integrity of the building.  He has repaired and replaced the roof to a period look, along with cleaning and pointing the wonderful stone façade.

The outside stone is now stunningly beautiful, returned to what must be the appearance of the stone when the building was constructed.  He has removed some of the “modern” additions and replaced and repaired the front steps and railings to the sheriff’s apartment.

Currently he is using old cut stone to add a feature to the back of the building along Front Street.

'Congratulations' are in order to Mr. Billotte for all of the research and work which he has put into this project. 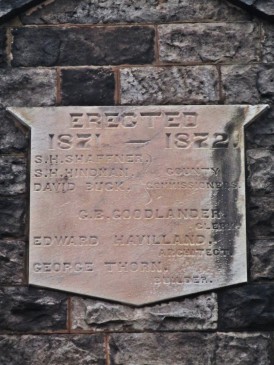 Mr. Thorn's great grandson, Kenneth A. Thorn is 'watching' this project closely from his home in Carrboro, NC.